This land use case was issued by Lukey Kwadraat 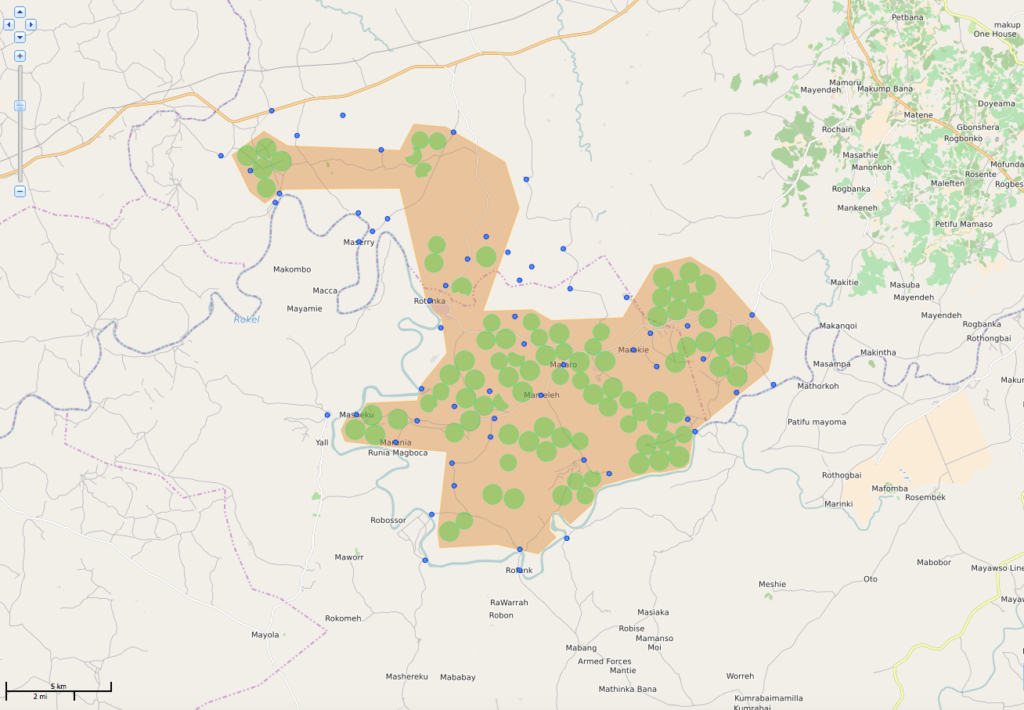 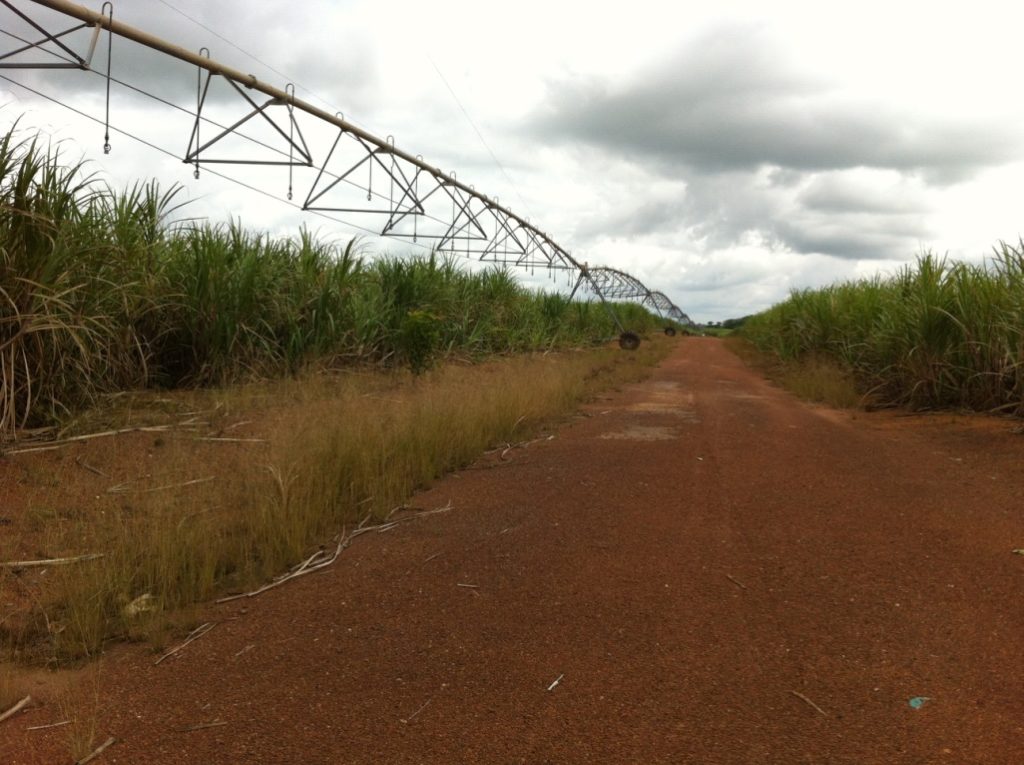 Characteristics of investment
The Addax Bioenergy investment in the neighboorhood of Makeni, Sierra Leone has had a profound effect on local communities.

Approximatly 50 communties are found on or near the Addax sugar cane plantation. Addax is growing sugar cane in large irrigated circle shaped “pivots”. These pivots can easily be seen on Google Maps sattelite imagery. Based on the february 2014 imagery 95 pivots could be identified and plotted.

The Addax plantation is still under development which means that the total number of pivots will eventually be significantly higher. This also explains why some pivots could only be plotted partially: they were not finished yet. Addax is planning to develop over 150 pivots in the end.

Information on The Land Use Monitor is:

Our approach is non judgmental and evidence based.

The Land Use Monitoring Initiative

The Land Use Monitor Map

The Land Use Monitor Map